Every week, we collate information from press releases and articles across the worldwide web in order to give you a curated selection of hot news from the wonderful world of art, design and architecture. Scroll down and find out more about what’s been happening this week.

DESIGNERS AND ARTISTS BRING 3D PRINTING INTO SHARP RELIEF AT THE CENTRE POMPIDOU:

The printed world isn’t flat. That’s the main takeaway of ‘Imprimer Le Monde’ (‘Print the World’), a mind-bending exhibition at the Centre Pompidou, where a striking selection of 3D-printed objects reflects the diverse and ambitious visions of designers, artists and architects. It’s the type of show that presents a myriad of entry points for visitors, depending on their existing knowledge of the disruptive technology. (Read more at: Wallpaper*)

BMW HAS REVEALED A CONCEPT CAR FAVOURING STYLE OVER TECHNOLOGY, WHICH WILL PROVIDE DESIGN CUES FOR THE GERMAN BRAND’S NEXT TOP-OF-THE-LINE VEHICLE:

The concept car resurrects the manufacturer’s high-end 8 Series, which was in production from 1989 to 1999. BMW expects to launch its new 8 Series Coupe based on the concept in 2018.

The Concept 8 Series was revealed last week at classic auto fair Concorso d’Eleganza Villa d’Este, run annually by the BMW Group on the shores of Lake Como. (Find out more at: dezeen)

A MURAL DESIGNED BY CARMEN HERRERA WILL BE PAINTED BY BRONX SCHOOL STUDENTS:

Students will paint the mural on June 3, though Publicolor works with the students long before and afterward, with an eye toward preparing underserved students for college, Ruth Lande Shuman, the organization’s founder, said in a statement.

“Ms. Herrera’s involvement is a generous gift to the whole community,” she added. “Our goal is to bring the power of visual beauty to communities who experience little of it.” (Read more at: The New York Times)

Diller Scofidio + Renfro has completed the first stage of its renovation of New York’s Museum of Modern Art, and has revealed details of its plans to extend into Jean Nouvel’s 53W53 residential tower.

The US studio is working with global firm Gensler on the project that will increase MoMA‘s gallery space by 30 per cent, as well as improving circulation and offering improved connections to its surroundings in Midtown Manhattan. (Read the full story: Dezeen)

VICTORINOX’S HOROLOGICAL DEPARTMENT HAS A PLAYFUL WAY WITH MATERIALS:

For its latest INOX V women’s watch, it has ditched the utilitarian block colour typical of paracord straps in favour of a tonal grey and specked lilac combo. As an adventure companion it’s a seriously robust tool, but as the cord strap can be satisfyingly unravelled when required, then rewoven to attach to the wrist, it doubles up as an enjoyable adventure companion too. (Find out more at: Wallpaper*)

According to a study by the National Oceanic and Atmospheric Administration, the planet’s surface temperature has roughly climbed 1.71 degrees Fahrenheit over the past century due to greenhouse gases. The study projects that by 2030, this sharp rise in temperature will be too much for the oceans to contain, causing a gradual increase in the rate of melting glaciers and ice sheets. This, of course, will lead to rising seas and storm-driven flooding. The consequences to certain regions of the world will be devastating. In the U.S., one repercussion will be the ways in which home values could be significantly altered.

Rising sea levels have forced home buyers to change the way they value waterfront property. Indeed, a county-by-county study conducted by Attom Data Solutions showed that, over the past five years, home sales in flood-prone areas grew by about 25 percent less quickly than in counties that do not typically flood. And considering that roughly 40% of Americans live and work in coastal areas, the significance of the report is even more present. Below, AD surveys four areas in the U.S. that have been, or likely will be significantly impacted by rising sea levels in the coming years. Not coincidentally, they are almost exclusively those areas where coastal real estate isn’t as sought after as it once was.

An analysis conducted by CoreLogic revealed that in 2016, a total of more than 6.8 million homes located along both the Gulf and Atlantic coasts of the U.S. were at risk of storm surge damage. The top three states—Florida, Louisiana, and Texas—were the most at-risk areas in the country because of both the length of their coastlines and the lower elevation of their land. Of course, one main reason homeowners are becoming increasingly wary of buying coastal property is due to the cost of maintenance and repair associated with oceanfront real estate. By CoreLogic’s estimation, the total reconstruction cost value of coastal homes is just over $1.5 trillion. This projection was made by considering the costs from reconstruction materials, equipment and labor, and other factors. (Read full story at: Architectural Digest) 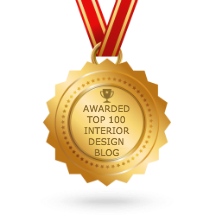